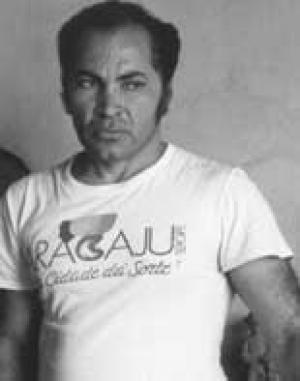 Cicero Alves dos Santos was born in Nossa Senhora da Gloria, Sergipe State, and became known by his nickname Véio. He prefers to carve his figures in cedar and amburana wood, and which generally represent regional types. In 1988, indignant with how folk art was given such little value, he built an “artistic bonfire” in June on St. John’s Day and burned his sculptures to call the attention of the public authorities. His works on display in the Casa do Pontal Museum show his connection with everyday themes and figures characteristic of life in Northeast Brazil, namely, for example, Maria Bonita and the bandit Lampião.