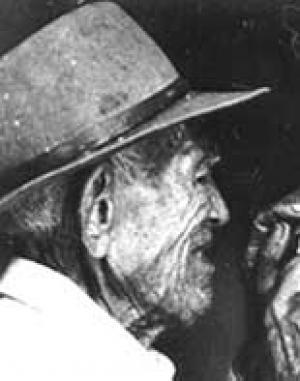 The master artisan of the ox festival known as Capitão Pereira was born in 1901 in Timbaúba, in the interior of Pernambuco State. When he was 15 years old, he began to create figures and animals from the ox festival in Recife, (PE). He was self-taught, dismantling and rebuilding puppets made by an old ox-festival animator Inacio. After five years repeating the same “figures” he began producing new and original models. He was a perfectionist and invented prototypes for approval of the revellers before the festive period. Motivated by the widespread presence of bumba-meu-boi in the region, he created many different characters, mostly the mysterious ox, the figures and seahorse. His style was unmistakable in the design and painting of his characters and his principal trademarks were the emphasis on structure, economy of features and use of contrasting colours. He is deceased.