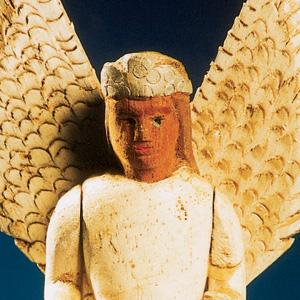 Angels, saints and priests are present in Brazilian folk art in scenes symbolic of the Roman Catholic religion. Saints and other sacred images have long been produced only by artisans and artists called “saint-makers”. Some towns are famous for this kind of production, namely Teresina in Piauí and Tracunhaém in Pernambuco. The figure of Father Cicero (1844-1934) is also very common in the town of Juazeiro do Norte, State of Ceará, attracting around two million people including tourists and pilgrims.