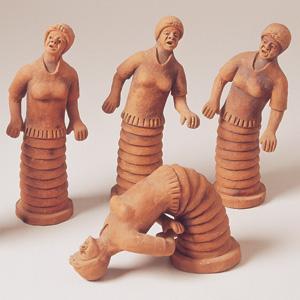 As early as 1954, Luis da Camara Cascudo wondered at the appearance of the term “umbanda” given to the rituals of African origin in Rio de Janeiro, to replace the term “candomblé", as the Nagô or orisha and Malé Muslim (alufás) rituals were known in Rio and Salvador. The demarcation of the differences between candomblé, umbanda and macumba is still a controversial issue between the scholars and those practicing these religions. According to the research of anthropologist Patricia Birman, who studied the past and present gender roles in umbanda and candomblé in Rio de Janeiro, the different traditions of African religions in Brazil appear interwoven, and the study of their practices does not always permit establishing precise differences unless in specific cases.