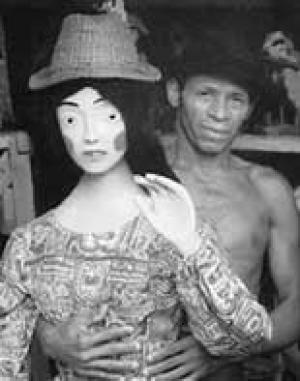 Antonio Elias da Silva, known as Master Saúba, was born in 1953 in Carpina, Pernambuco State. In his youth he learned to make mamulengo puppets, which helped make him famous such as, for example, the life-size puppet with whom he would dance; the mamulengo puppets form a set and are articulated (for example, the flour mill) and those on a bicycle moving under a guiding hand. In the past, he would often appear with his mamulengos but now spends most of his time making the figures.