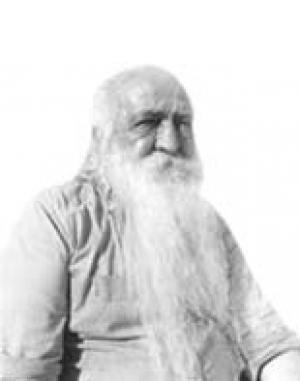 Antonio Batista de Souza was born in 1925 in Portugal. He was still a baby when he arrived in Brazil and his family settled in Goiania, Goiás State. He grew up in an environment of potters, the profession of his grandparents and father. In adulthood, he tried to escape from the world of ceramics, and began his professional life doing different jobs. He worked as a cistern worker, baker, cook of a boarding house, and hotel sweeper. Although he wanted to embrace another profession, his great facility in working with clay brought him back to making jars, pots, tiles and other utensils. In his leisure hours, he would create sculptures that evidence his fertile imagination. Encouraged by young artists, especially Siron Franco, Cleber Gouveia and Regina Lacerda, he would attend their meetings and began painting. His work soon shot to fame both at home and abroad. He died in 2010.