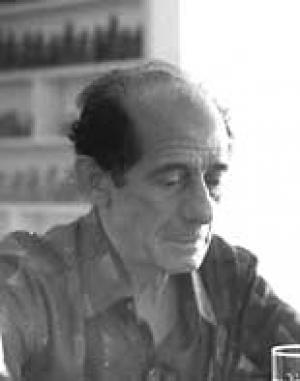 Antonio de Oliveira was born in 1912 in Belmiro Braga, Minas Gerais State. He was six years old when he began modelling ox carts and other pieces to play with. In his adolescence he worked repairing furniture during the day and making “figures” at night. He was enterprising and did numerous activities before he gave priority to wooden sculptures, and in fact founded the first cinema in his home town. Seduced by the possibility of telling stories with his groups of miniature sculptures, Antonio de Oliveira enthusiastically devoted his time to recreating real or imaginary scenes that comprise what he would call “my enchanted world”. He would reflect on his creative process, leaving many written and recorded comments. He died in 1996 in his birth place.